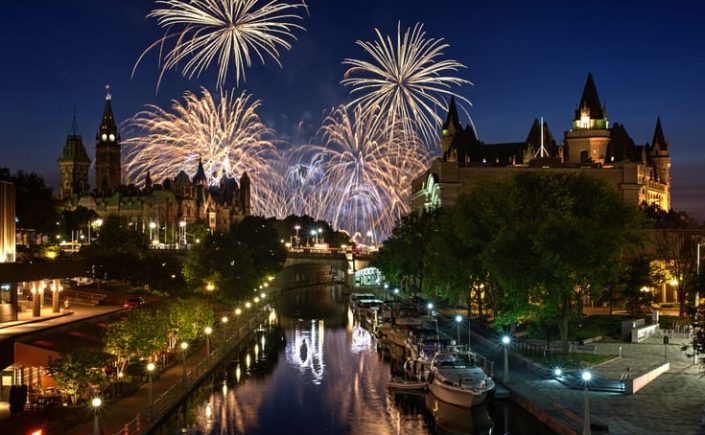 The most famous festivals in Canada are diverse and rich as the Canadians themselves. From all over the world people are coming to Canada. Although each smaller or larger city in Canada has its own minor or major festivals, Canadians organize some of the biggest weeks of the world-famous events, some of which will be found in the following text.

The great feast of light in Vancouver is the competition of countries participating in the execution of fireworks accompanied by music and a ten-day festival of culture, entertainment, music, good food, recreation and rest. This festival is each year visited by more than one million guests. The half-hour fireworks over the water are, of course, the most attractive. Honda Celebration of Light, the largest festival in Vancouver and one of the biggest summer festivals in Canada, is held every year in late July.

The Calgary Stampede – the best cowboys

The ten-day festival in July announces itself as “the world’s largest outdoor fun.” The main participants are the best riders in the tournament and participants of the rodeo horse racing, but also the audience who enjoys a number of accompanying events – the parade, music and entertainment spectacles, good food and drinks. A cowboy hat is a must.

In more than ten places in Edmonton, a four-day festival of selected performers of folk music from all over the world is held. The festival is organized every year in the second week of August.

International Film Festival of Toronto (TIFF) is one of the world’s largest film festivals. It takes place in September and shows a few hundred films from the entire world production, usually with more than one hundred prime ministers.lt is understood that there is the atmosphere of glamour, red carpet and the biggest star of the film.

Winterlude – festival of snow and ice

Winter festival in the capital Vinterlud represents the first three weekends of February excitement of fun in the snow and ice offer by which Canada is particularly well known. Stunning ice sculptures, ice skating, competitions, culinary specialties, concerts, promotion of culture and science, are just some of the activities in which visitors can participate.

Canada Day is celebrated on July 1st, all across the country and Canadians celebrate it wherever they live. Most popular event is certainly in Ottawa, with rich cultural programs all day in front of the Parliament, in parks, concert halls, with mandatory national colors, symbols and fireworks.